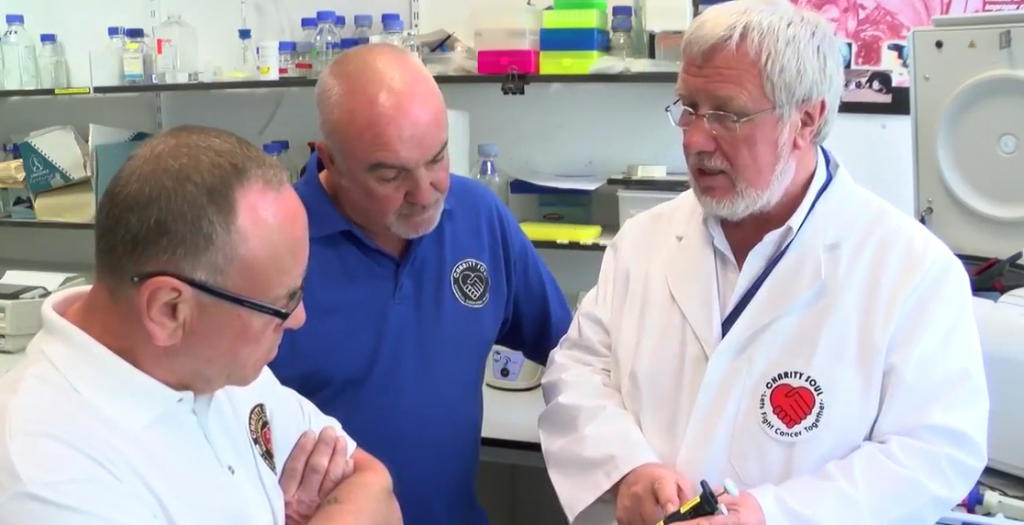 A few things stand out over the last few weeks, since I came along to the big event in Headingley.

The clinical trial of our ‘cancer-dissolving’ virus is still proceeding in the Netherlands.  If you remember, this treatment uses a common human virus (which causes sore throats) we have engineered to grow only in human prostate cancer cells.  For those of you interested in the EU Referendum, this potentially new treatment would not have been possible without funding from Brussels!  However, on the other hand, the extra regulations imposed by the EU have held up the clinical testing for several years, and we are no closer to using it as a treatment.  The virus does indeed dissolve the tumours, and has shown none of the unwanted side effects feared by the EU administrators!

In the last few weeks I have agreed a project proposal with a small drug company, who have a new compound which we think should kill the dangerous cancer stem cells.  At this stage I can’t tell you much more but the results are really exciting and promising.

Lastly, we have just written a paper about how the testing systems for new drugs are not keeping pace with the sophistication of the drugs themselves – an effect I described several years ago: Good drug + Bad test = Bad drug + Good test.  This is one clear explanation why so few drugs emerge from the pharmaceutical companies’ pipelines into the market.  Since each drug costs around $100 million to bring into use, that’s a lot of money, time and patients’ lives wasted.  As I have said before, all of our testing systems are derived from real (Yorkshire) men with prostate cancers, and I have just returned from a visit to Germany, where they are now adopting our strategy  – one of an increasing number of laboratories around the world.

May 2016
Prof Norman Maitland – Director of The Cancer Research Unit